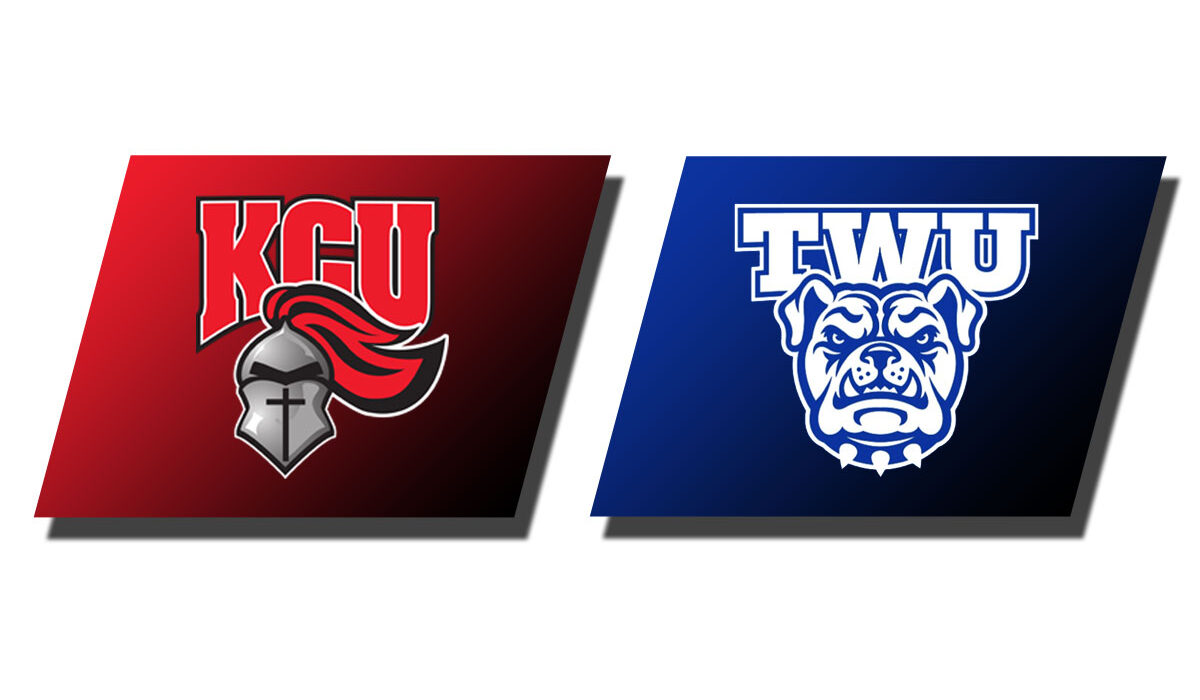 ATHENS, Tenn. – The KCU Knights traveled to the campus of Tennessee Wesleyan University on Saturday to take on the Bulldogs in men’s basketball action. Throughout the first half, the game was a close, single-digit contest with KCU looking to steal a much needed AAC road win, but it was not to be as TWU defended their home court with a 69-78 win.

For the second consecutive day, Taeron Hogg (SO/Owensboro, KY) came off the bench to collect his first double-double of the season. He had 18 points on 7-13 shooting with a made three-pointer and a perfect 3-3 from the free-throw line to go with 10 rebounds.

Washington continued his outstanding rebounding efforts from the point guard position by grabbing nine and just missing his own double-double.

Noah Back (SO/Vicco, KY) and Maddox combined for five made three-pointers.

KCU snagged 37 rebounds during the game, which was a plus-3 over their opponent.

The Knights could not overcome the 14 additional free throw attempts the Bulldog offense produced.

The Knights round out first semester play by traveling to play the Point University Skyhawks for the second time in less than four days. Monday’s game is the second half of an AAC men’s/women’s basketball doubleheader. The game times are 2 and 4 p.m.