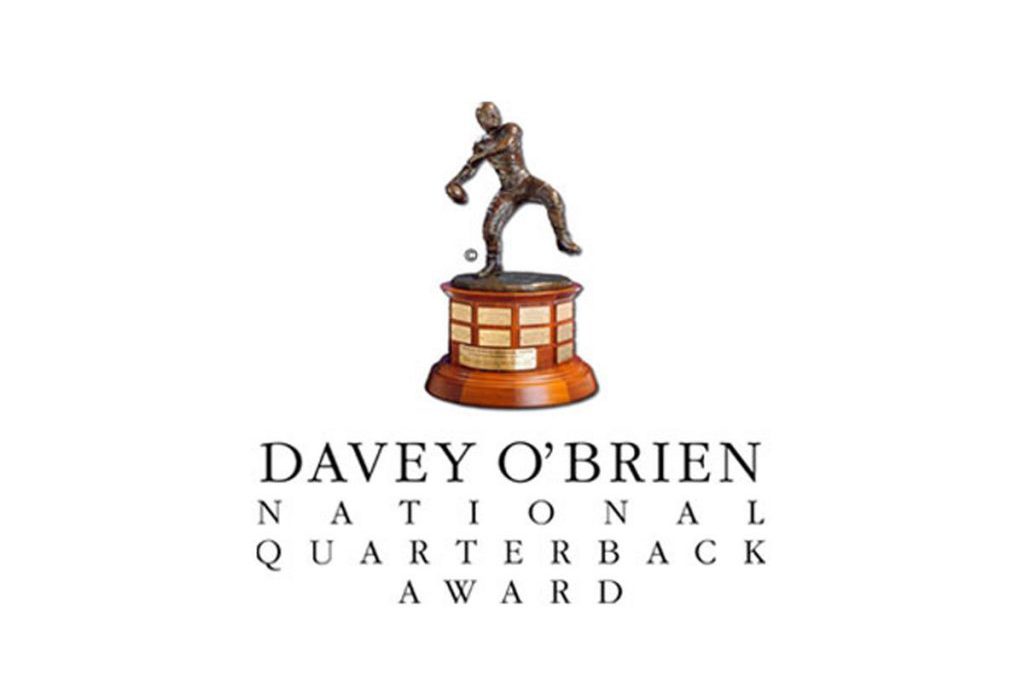 FORT WORTH, Texas — The Davey O’Brien Foundation has announced that Cincinnati junior Desmond Ridder has been selected as the Davey O’Brien National Quarterback of the Week for week eight of the college football season.
In the Bearcats’ 42-13 win at No. 16 and previously unbeaten SMU on Saturday night, Ridder totaled four touchdowns and 305 yards of offense. The junior rushed for a career-high 179 yards and three scores on just eight carries, an average of 22.4 yards per carry. Through the air, he completed 13 of 21 passes for 126 yards and a touchdown.
The 179 rushing yards were the most ever by a Cincinnati quarterback and the effort was his fifth career 100-yard rushing game. Ridder’s game-sealing 91-yard touchdown run in the fourth quarter equaled the longest rush in school history.
A product of Louisville, Ky., Ridder was also named the Walter Camp Offensive Player of the Week and the American Athletic Conference Offensive Player of the Week. He is the fourth AAC player to be named Davey O’Brien National Quarterback of the Week in the season’s eight weeks.
The other quarterbacks on this week’s Davey O’Brien Award’s Great 8 list were Notre Dame’s Ian Book, Justin Fields of Ohio State, UCF’s Dillon Gabriel, Graham Mertz of Wisconsin, Middle Tennessee’s Asher O’Hara, Zac Thomas of Appalachian State and Liberty’s Malik Willis.
The Davey O’Brien Foundation was created in 1977, and the National Quarterback Award, the oldest and most prestigious college quarterback award, was first issued in 1981. Over its time, the Davey O’Brien Foundation has given away more than $1 million in scholarships and university grants to help high school and college athletes transform leadership on the field into leadership in life.
In 1938, O’Brien, who was a star quarterback for TCU, became the first player ever to win the Heisman Trophy, Maxwell Award and Walter Camp Award in the same year. He was inducted into the College Football Hall of Fame in 1955. For more information, visit www.DaveyOBrien.org.
2020 Davey O’Brien National Quarterback of the Week Honorees
Week 1: Brady White, Memphis
Week 2: Trevor Lawrence, Clemson
Week 3: Dillon Gabriel, UCF
Week 4: K.J. Costello, Mississippi State
Week 5: Shane Buechele, SMU
Week 6: Connor Bazelak, Missouri
Week 7: Mac Jones, Alabama
Week 8: Desmond Ridder, Cincinnati